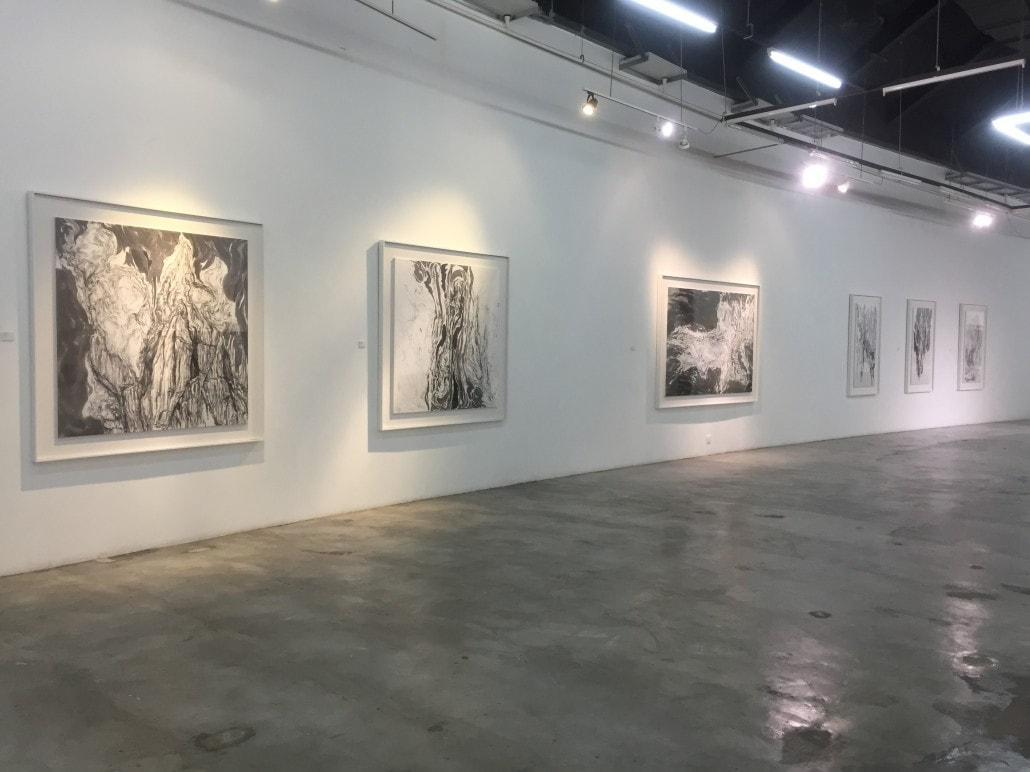 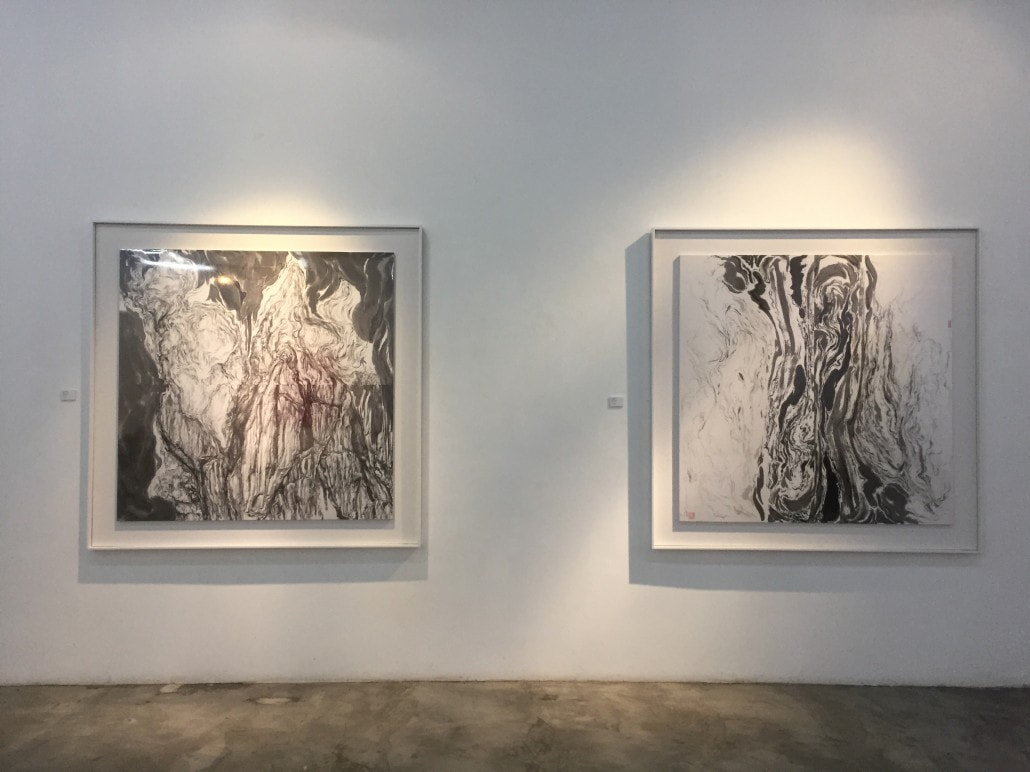 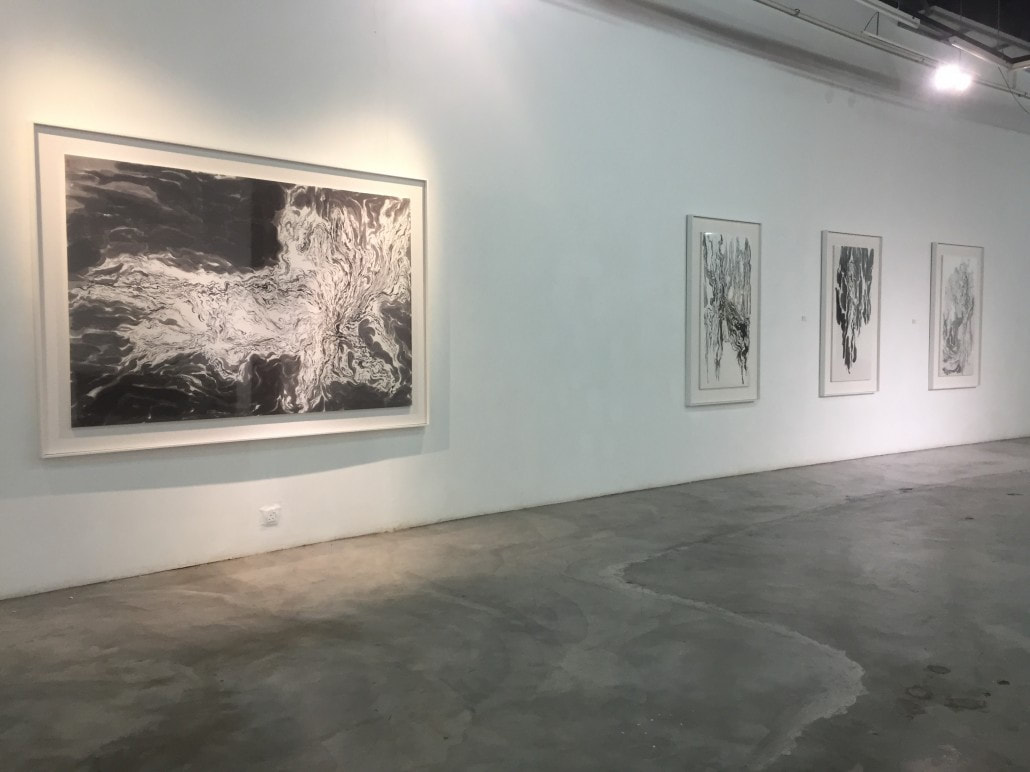 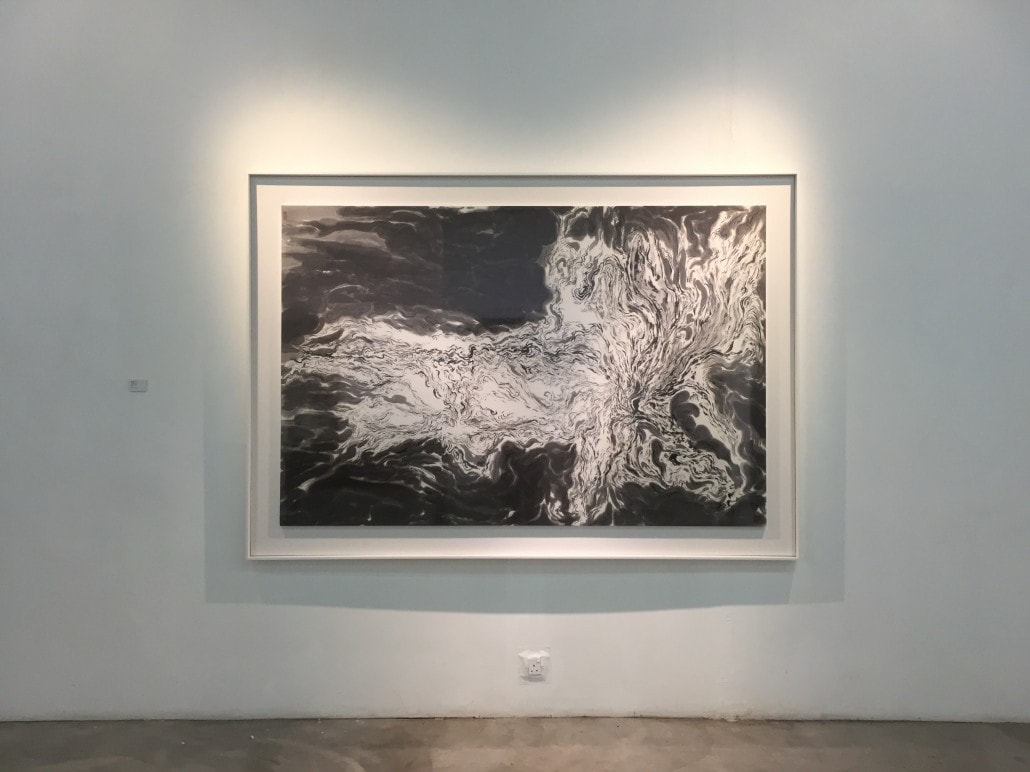 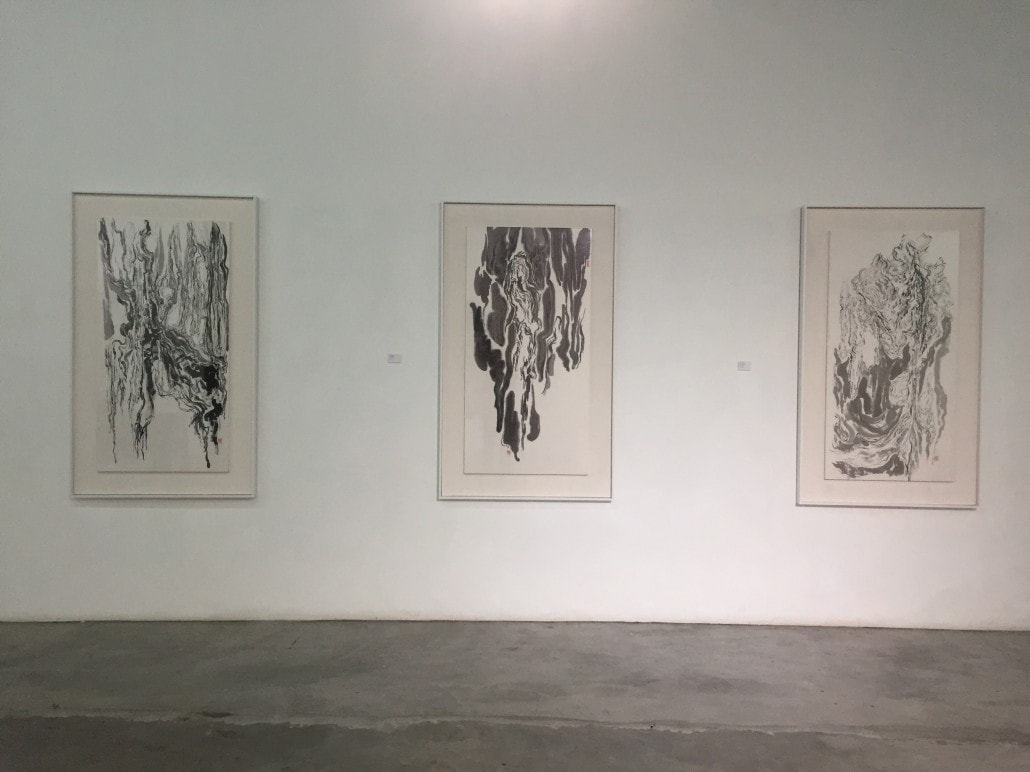 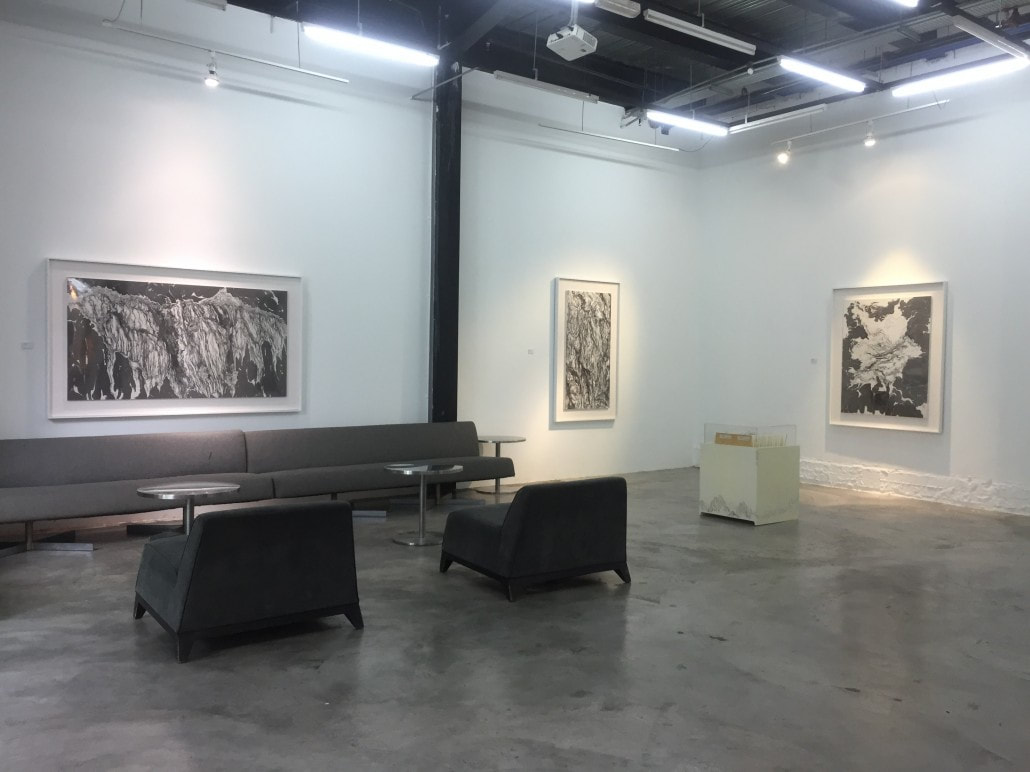 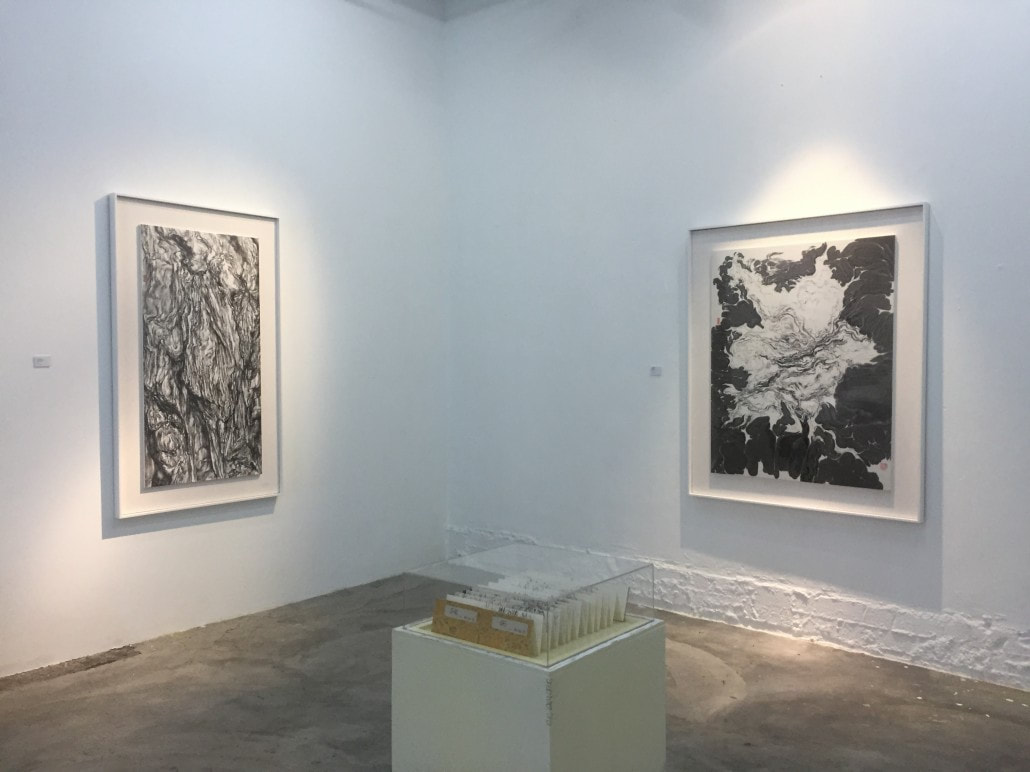 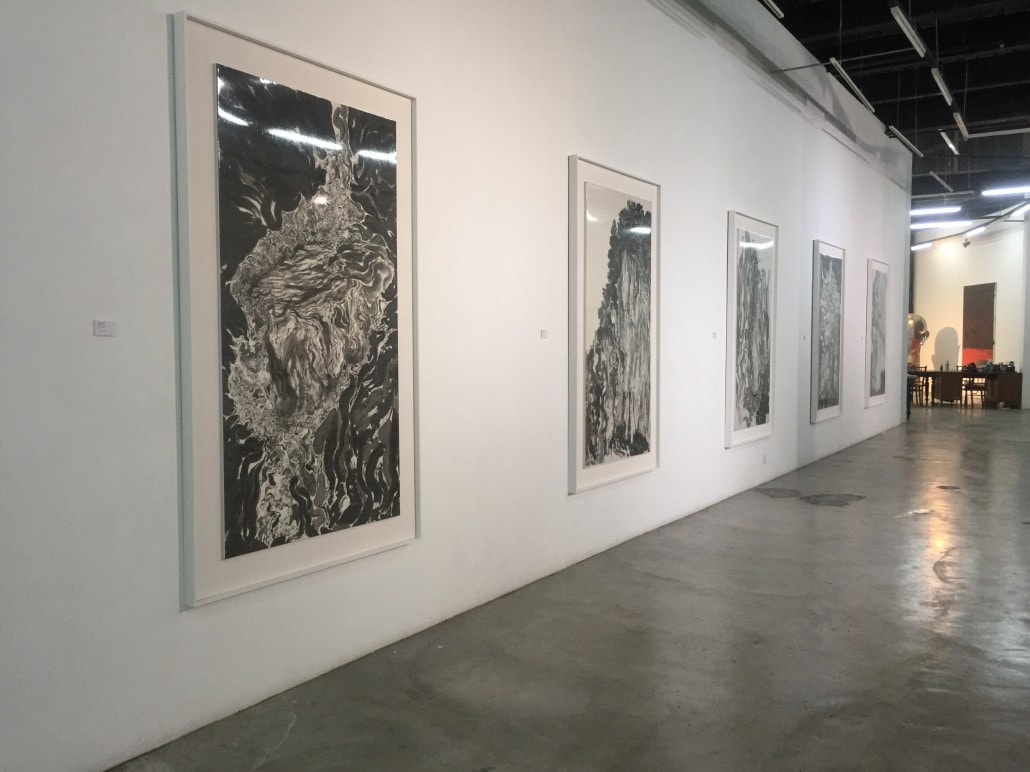 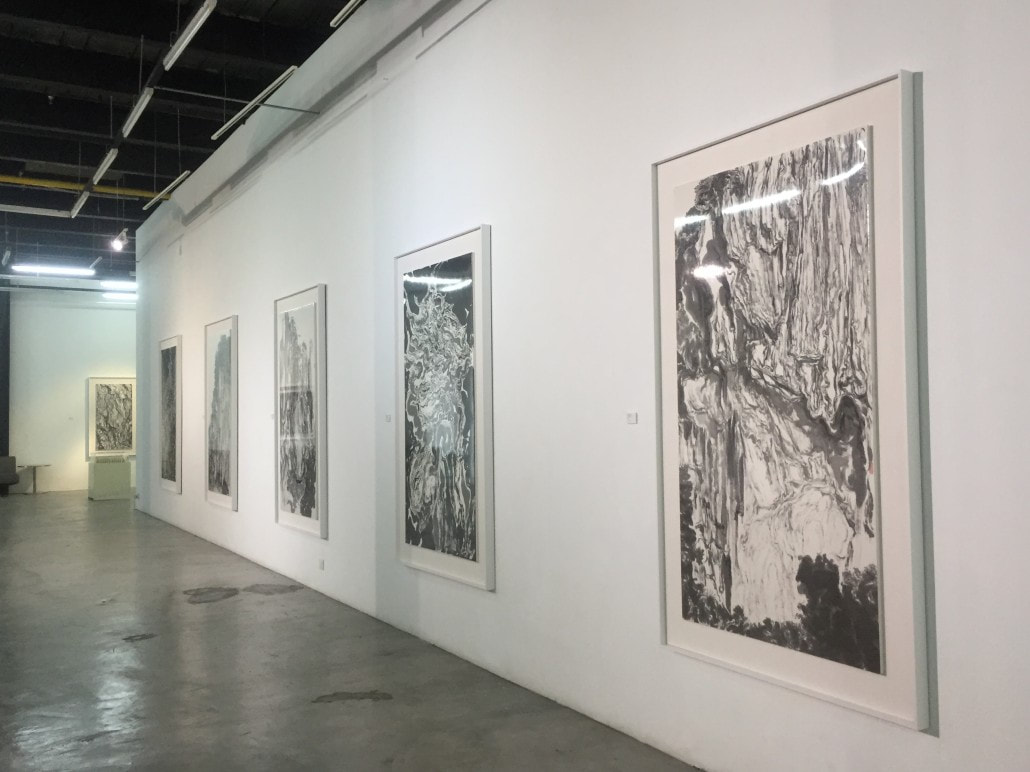 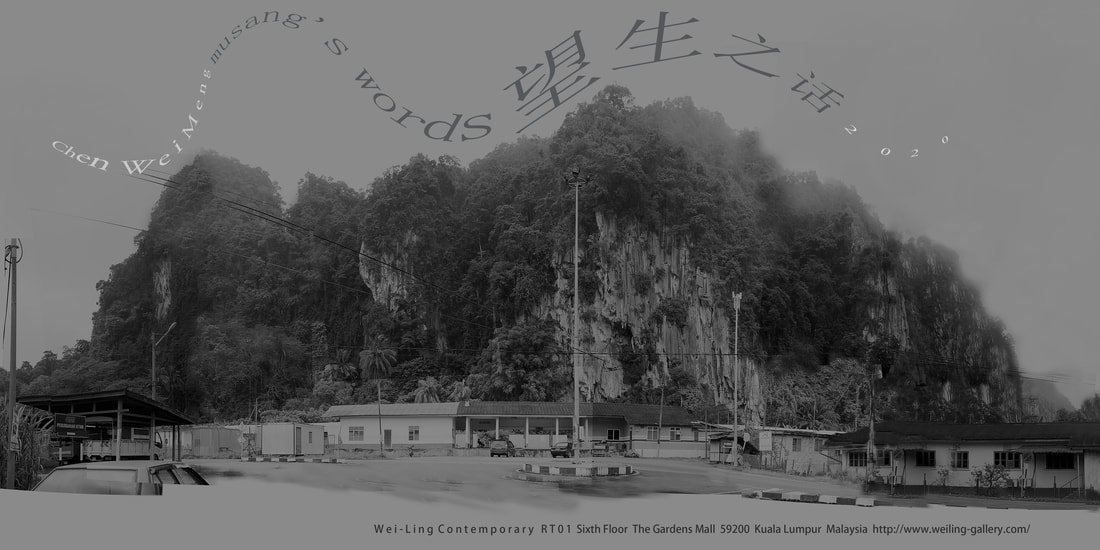 
Musang’s Words 望生之话
​(press release)
Vast, sweeping and meditative landscapes are what artist Chen Wei Meng is perhaps most well known for. His last solo exhibition in 2016, ‘Sekinchan: Land of Fertility’ was a showcase of Chen’s technical and conceptual brilliance, full of quiet introspection in his signature hyper realistic style, drawing us in with his depth of detail. Deeper than that however, is his ability to capture the quiet magnificence of the landscapes that he held so close to his heart, truly capturing what it really means for something to be sublime. Three years later, the new fruits of his hard work have taken shape in the form of ‘Musang’s Words’, a solo exhibition featuring a collection of ink drawings inspired by the mountain structure of Gua Musang itself.

At first glance, the shift in his practice is obvious, and Chen’s exploration into this new form has been one rife with struggle and insecurity. For the whole duration of 2018, Chen had made more than 200 pieces in his quest for a satisfactory representation of the forms he was seeking, trying to express, in the purest way, the elusive contours which he felt had always existed in his work. Chasing this abstract concept of ‘flow’, he began his experimentations first in acrylic, then charcoal, before finding his preference for Chinese ink on Xuan paper.

The process was a trying one and resulted in Chen taking a three month break from his studio. Upon his return, he was unexpectedly struck by inspiration, and a sense of clarity after watching an interview with martial artist Bruce Lee. “Empty your mind, be formless, shapeless – like water”. This was the spur which pushed Chen into further embracing the emotional importance of his work, letting feelings guide him instead of thought. ‘Musang’s Words’ therefore, is a celebration of this very idea, a meditative and dedicated exploration into his perpetual quest for ‘flow’. The approach is reminiscent of the emotive gestures and mark-making seen in abstract expressionism, where it is the movement of the line which inspires emotion.

This idea of ‘flow’ which Chen has long felt in the landscapes in much of his previous work, can most aptly be described as lines and shapes which seem to have a “vivid and rhythmic” quality in its contours, something which forms a “mysterious shape” that Chen cannot quite put into words. Instead, he expresses his findings by pushing the limitations of the landscape in its abstraction, into an almost pure representation of said ‘flow’; distilling the forms and shapes of Gua Musang mountain into a raw, symbolic state, and allowing the push and pull of its lines to guide his hand.

Chen also elaborates on his turn away from colour to black and white, another stark contrast against the rich palettes of his previous pieces. His choice of Chinese ink and Xuan paper here perfectly illustrates his sensitivity and rigor in choosing the right medium in which to work. This decision comes back to his interest in the Chinese philosophical concept of Yin-Yang which states that the universe exists in a balance. The result is striking, and throws his expert brushwork and fine details into sharp relief on the paper, the eye cannot help but follow these appealing lines, drawn into their hypnotic, curious design. While it may be instinctive to draw a comparison to more traditional forms of Chinese landscape painting, a closer look immediately reveals the vast difference between the two; where one is figurative, Chen’s works are instead gestural and abstracted, and his choice in material is a more formal rather than historical decision.

“Heaven and earth, real and virtual, expanding and contracting…” Chen muses, “I think simply black and white will be the most direct and strongest way to present this”.

‘Musang’s Words’ is a deeply introspective collection of work, guided as much by instinct and expression as it is by rigorous technical experimentation. The result is a testament to Chen’s technical and conceptual expertise, and showcases a true crystallization of his subconscious.